Go to content|Go to navigation

In the year 2000, the Project Descobrir (Discover) was put into practice in partnership with the Santa Cruz Congregation and the School of Occupational Therapy – USP. Art education workshops were taught at three daycares maintained by the Congregation in the Jaguaré shanty town and the preschool at Colégio Santa Cruz. The activities lasted until the end of 2002.

In 2003, Morungaba structured a new program in partnership with the charitable association Associação Beneficente Santa Fé – Casa Vovó Ilza; the program is called Mãe + Filho = Nova História (Mother + Child = New Story). This project worked on self-confidence and recovering the identity of young mothers between 13 and 18 years old who had contact with drugs or lived through high-risk situations. It promoted workshops in dance, art, music, storytelling, and photography and writing. This program lasted until 2005.

From 2005 to 2013, Associação Morungaba entered into agreements with the São Paulo Municipal Department of Education, and participated in several programs in city schools before and after classes with dance, body movement games, drama, art, speaking workshops, sports, chess, music, and singing.

Another project implemented by Morungaba is the Social and Educational Program at the Hospital das Clínicas, carried out in partnership with the USP Medical School Foundation. Body movement and recreational workshops were offered teaching popular culture appreciation, aimed exclusively toward the children of Hospital employees.

In 2006, Associação Morungaba began its partnership with the São Paulo Municipal Sports Department, implementing sports activities and social and cultural workshops at sports clubs in the city, through the Clube Escola Program.
That same year, the program Valorizando quem Educa (Valuing the Educator) was also initiated. This program trained early childhood education professionals, encouraging reflection on the role of the arts and movement in education.
In 2007 and 2008, this program received sponsorship from the Stefanini Institute and the IMPAES Institute.
From 2012 to 2015, Program Letra Viva was developed at the Municipal Elementary School Desembargador Amorim Lima.
Supported by psychology students from Mackenzie and PUC and volunteers, the cultural activities encouraged reading and writing.
In 2014, with financial support from FUMCAD, Letra Viva grew by hiring a team of educators and coordinators. In addition, a partnership was established with psychology students from UNIP. 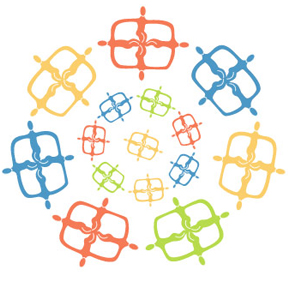